This is weekly BEC’s 6th Challenge. It’s about ‘my alter ego’. From wikipedia, I knew that Alter Ego is our second-self. Some people reckon it as an anomaly of human. But for me, it is not. I believe that everyone have their own Alter Ego. 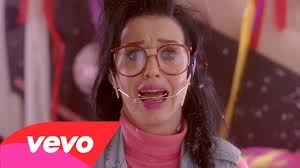 You could see other examples of celebrities’ alter ego much from their strange photos or MV. Usually, they act as their alter ego in Music Video (MV) to express their other-self, not for doing crazy thing like almost people construe about it.

Then, how could we know our own alter ego? To me, the best way to find is think about our strange activity. Alter ego come out randomly when we don’t aware our self condition. But, when you have knew your own alter ego, you can think like, “Oh. What I am doing right now? This is not me. This is my other me!” Some people will stop their activity and fix it. But, other people just enjoy their self  since their alter ego help them so much than their real self in fact.

I meet my other self as a boy with OCD. Unfortunately, I can’t talk to him like serious alter ego sufferer do. Well, truly, I don’t want to be able to talk with.

People know OCD as Obsessive Compulsive Disorder, a psychological nuisance when someone do something uncontrolled and repeatedly. It is an anxiety disorder that affects about 1-2% of the population according to this site.

Why my alter ego is that pity person?

As what I’ve supposed to do to you, I think about my strange activities. But, these occur sometimes. First, I wash my hand again and again. I do it like OCD sufferer to clear dust. They usually do that 10 times per day. Second, neatness maniac. But, fortunately, he (my alter ego) doesn’t do this. Third, checking something repeatedly. I’ve ever turned my vehicle back to home after drive about 100 meters just to check my gate padlock. Fourth, always count numbers. When I go with public transportation, to dissolve some boredom, I read (I know it is different with counting) numbers of vehicles. I spell 7 (seven) as J, or 4 (four) as A, and so on. I’ve ever found ‘R 4949 AS’ of car. The owner of this car separated digit 4 from 949 become R 4 949AS. In Javanese language means ‘ra gagas’, ‘tidak peduli’ in Indonesian language, or ‘I don’t care’ in English. Last, my alter ego sometimes like to arrange things in one row, or pile up not only books but also some random things, like key onto bottle.

I’m afraid of being OCD suffer. Then, when I newly found him, I tried to control him. I love him when he helps me to find a way for my problems. But I worry if he come to me rapidly like heavy rains. I would like to be mad looking.

So, tell me about your alter ego. Make sure you hide from him/her when talk to me about it. They will be angry.

This site uses Akismet to reduce spam. Learn how your comment data is processed.